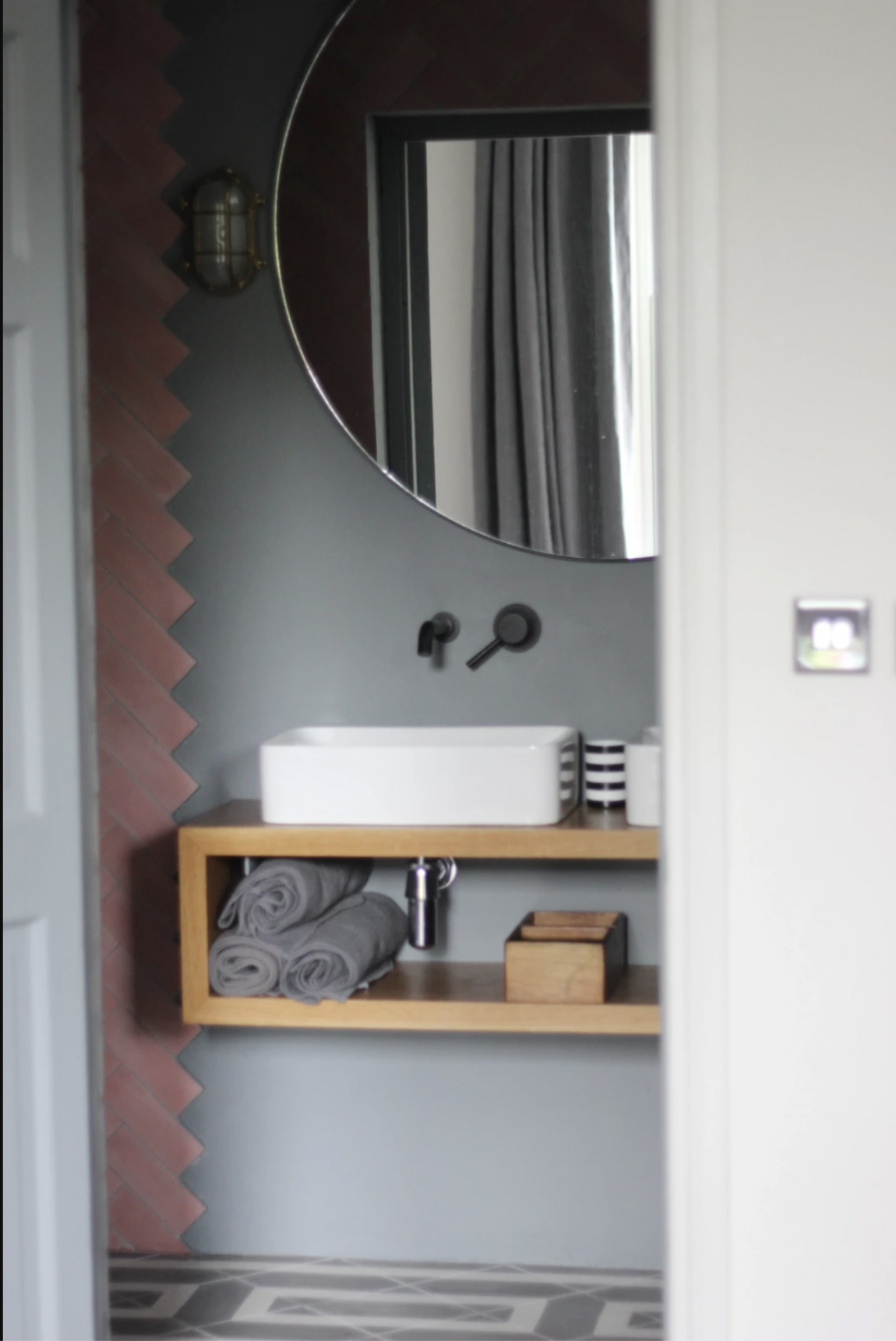 When the Bear and I honeymooned in Florence we decided to rent an Air BnB for our stay and we rented a super chic ground floor apartment with a staggeringly cool art collection – it also had an all-concrete bathroom that we were very taken with. This bathroom became the inspiration for our ensuite – we wanted concrete walls and ceilings, giving the space an industrial, laid back vibe – not dissimilar to the imagery below that we have been drooling over on Pinterest for the last few months.

Nice right? So then began the hunt for a company in Ireland that actually uses polished concrete in bathrooms – invariably our hunt was unsuccessful. We spoke to MANY companies, narrowed it down to two, went to see the work of one after which we promptly crossed them off the list and the last company were being very vague about showing us previous work. In the end it transpired that they had never done anything like this before and were looking at our project as a kind of a tester which of course is NOT what you want to hear, on top of this they were still going to charge us thousands – so we decided to ‘pivot’ in the wise words of Jared Dunn.

The unfinished, industrial-inspired interior is one that both the Bear and I adore BUT ultimately we were planning on embracing it in a very narrow, long and dark room. And there were definite worries that having that much concrete in such a space would evoke ‘prison-cell’ vibes as opposed to I don’t know, NY loft spa vibes … so perhaps not being able to find suitable company was a blessing in disguise.

Anyway we went back to the drawing board (Pinterest) and starting looking for alternatives and I found myself drawn to more colourful ideas – specifically lots of powdery pink. Now I ain’t no girlie girl – and most pinks make me wanna hurl but in the last few years there has been a definite shift in interiors towards a softer, more muted pink that is utterly beguiling when done right. I pitched the idea of pink tiles to the Bear and he being the savvy, 21st century man that he is, was 100% onboard.

After much tile browsing, we decided to order our tiles from a UK company called Bert + May, they make all their tiles to order from their factory in Spain and have a fantastic online/Instagram presence (which I always look out for) as well as wicked good customer service. We decided to go for two types of tiles that would work beautifully together in a small space – the pale pink herringbone tiles to go on the walls and the grey and white pattern tiles were for the floor (imagery from their Insta account). Yum right?

Once the tiles had been ordered we had to decide on what else we were doing with the space and because the space was small we knew we wanted it to be a wet room (with the largest showerhead possible please!) and of course we’d need a loo and a sink. We decided on 2 slimline sinks that we’d sit on a wall-hung vanity but couldn’t find a vanity that worked, they were all so…generic and with the tiles and the beautiful hardware that we were putting into the ensuite, we didn’t want to ruin it all with a typical, shiny bathroom vanity. So we asked a joinery (close to my parents in Kildare) if they could make us up something like the below – and lo behold they could.

Now while all these cosmetic decisions were being made, the actual room was being totally reconfigured – due the oddly long and narrow shape of the room, we were moving the entrance which involved bricking back up the door and fixing a RSJ above the new entrance and knocking through the wall. As well as taking out the completely random stain glass windows (?!) and fitting another salvaged, crittall-style window above the loo to bring a small bit of natural light into the space.

And here are some before and after shots – we tried to fit the whole room into the snaps but were not always successful! But I think you’ll agree, it’s a fairly significant difference from how it used to look (horror movie set) to how it does now (a bathroom!).

And here are some close ups of the space and YES it’s not quite finished JUST yet, we still have to hang our black Circum mirror over the sinks and clean the window and yes, there are a few paint touch ups to complete but lads we’re VERY NEARLY there and to be totally honest, I could very easily go into labour any day now (wishful first time thinking I know) and then what will become of this blog post?! P R E C I S E L Y.

We fully intend on painting the wooden surround on the windows, probably a matte black but it’s on the loooooong ‘to-do’ list, so we’ll get to it when we get to it.

So there she is in all her pink and grey glory, we’ve yet to have a shower in there but are very much looking forward to it! Next up on the blog, we’ll be chatting about our Master Bedroom, and if storage gets you going – let me tell you, you’re going to LOVE IT!

We hung our black Circum mirror and it looks GOOD! It bounces so much light and makes the space seem way bigger – pictures below. 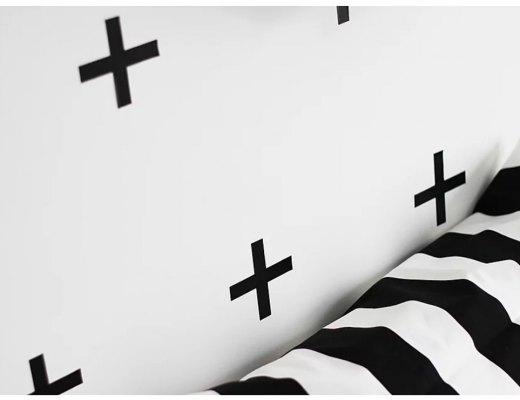 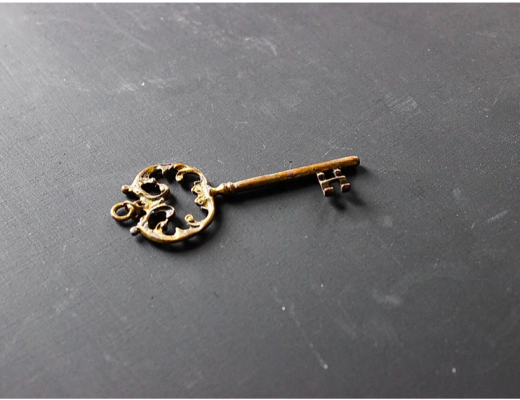 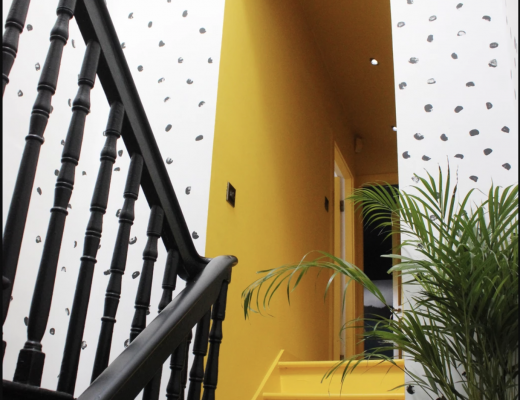 March 14, 2019
Previous Post Getting To Know You - Becca & Jess from Mustard
Next Post Renovating the House: The Finished Master Bedroom 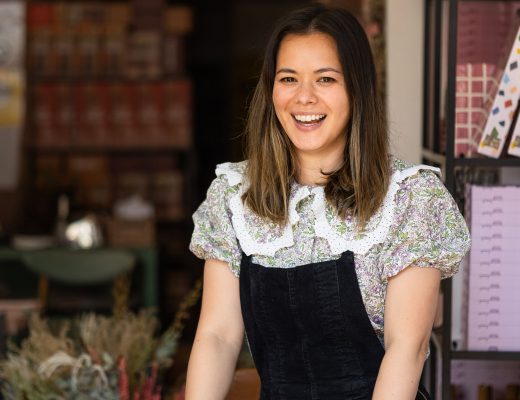 Gift Guide for Her